We are looking forward to greeting you at
– our new cool quarters
– same Dovercourt House
– same time (first Friday of the month),
– new lower level club room!
Come check it out on Feb. 7! 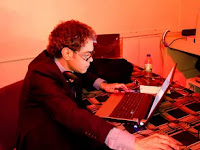 **Parking: free on Dovercourt till midnight; free on Bloor St. W. from 9:00 pm
**Salvation Lot: $2 per car: good parking from 10:00 pm. obtain a permit from organizers.
No comments:


In anticipation of Paradiso’s 22nd anniversary on Friday April 5, 2019, we want to share the history of our milonga with you, our patrons. Milonga Paradiso made its first (tango) steps in April 1997 at a small downtown Italian restaurant on Toronto Street called In Citta. Paradiso was born out of the necessity to dance "Argentine tango" on a regular basis because at that time, the Toronto tango community was very small with only a once-a-month milonga. Fridays was a logical choice; in those days, we tried not to compete with another event that was held once a month on Saturdays and at times on Fridays. There, at In Citta, we first welcomed such prominent tango dancers as Carlos Gavito with Marcela Durán, Hernan Obispo with Mariana Dragone, Florencia Tachetti, Julio Mendez and others.

We felt comfortable at In Citta – that’s where we perfected running a "milonga dance" -  it was built on the example of Buenos Aires' milongas. For the first time, Toronto tango dancers danced to music set to tandas with cortinas. We outlived two consecutive owners of the restaurant, but unfortunately, the third one had a vision for In Citta that was not conducive in having our milonga ­­­­­­­­­­­­­­­­­­­­­­­­­­­­­­­­­­­­there; they changed the name and made it into an after work noisy bar. The idea of tango patrons nursing one drink a night in order to maintain balance on the dance floor did not fit their business model. We left our cosy first home to dance our beloved tango elsewhere! 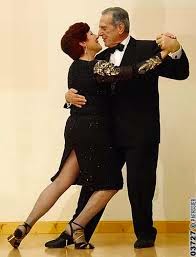 Tango fate really wanted us to survive and expand; soon we found a funky loft on Richmond street, a cavernous space equipped with a heavy sliding barn door, exposed brick walls, tall windows and filled with theatrical props and sets. We loved it and so did our patrons. “Paradiso on Richmond” was a cool and bohemian place, not unlike milonga "La Catedral" in Buenos Aires (we did not have two matching chairs, just like La Catedral!). For two happy years we didn’t mind dragging our rented stereo equipment and drinks to the 3rd floor (no elevator on site) and cleaning the floors of our favourite loft, until, once again, we became victims of gentrification.

Like true tango nomads, we moved from place to place; from the Richmond street loft, to a strange theatre studio space on Eastern Avenue, then to a converted church on Ontario street (where we painted floors and walls, as a part of our rental condition), to a Portuguese social club Lusitania on Ossington – until finally, The Dovercourt House that became our permanent home. 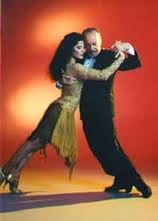 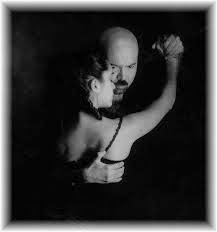 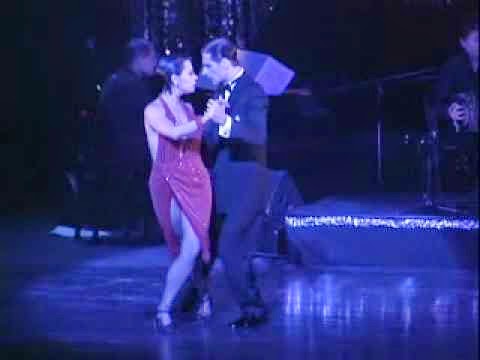 The most important thing – over the 22 years of Paradiso's existence, we met hundreds of tango dancers, not only from Toronto, but from all over Canada, the United States and all over the world:
they came to dance at Paradiso and it continues to be one of the most fascinating parts of our history. 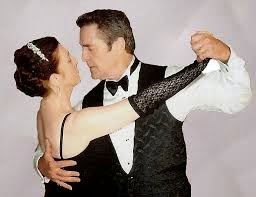 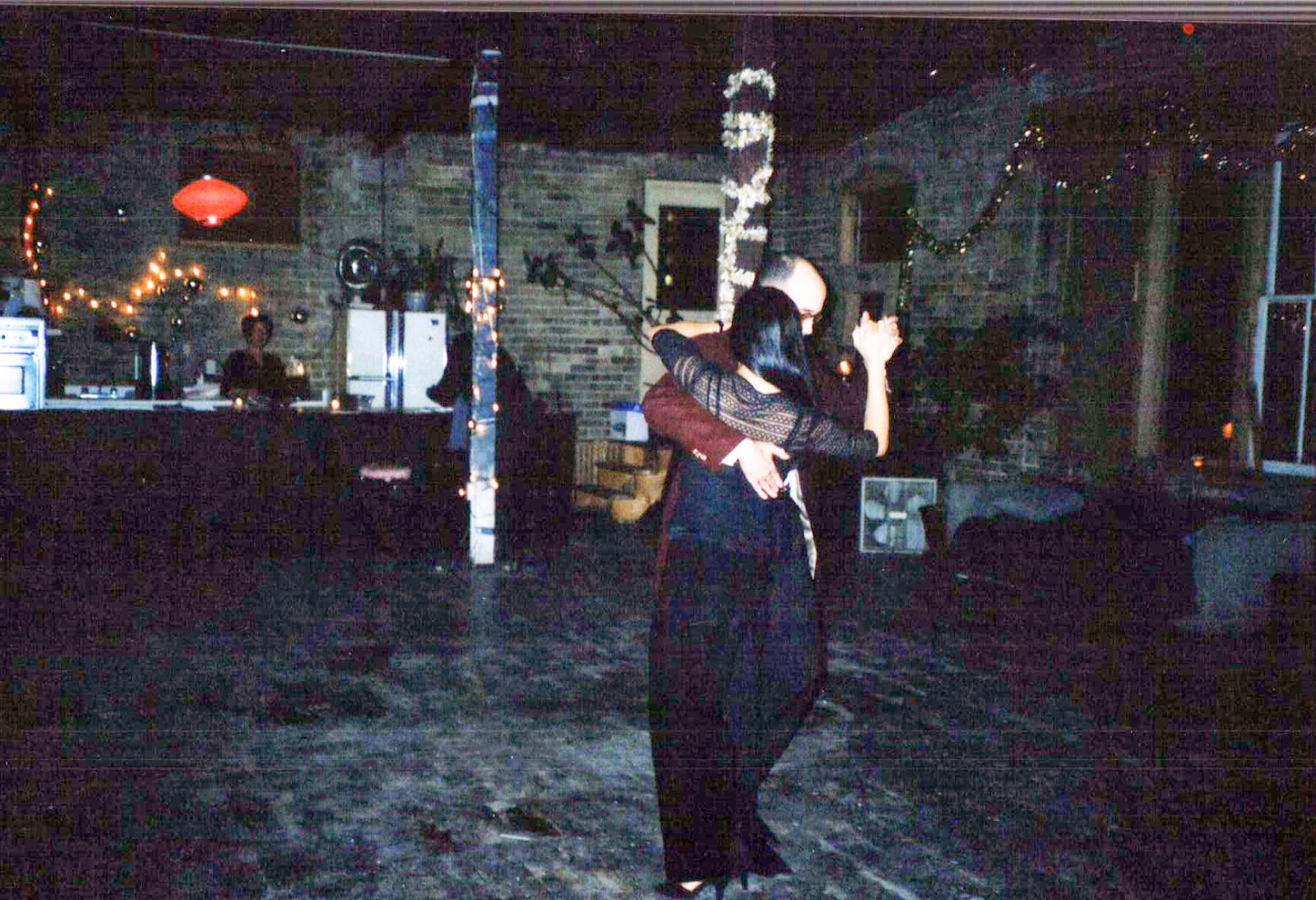 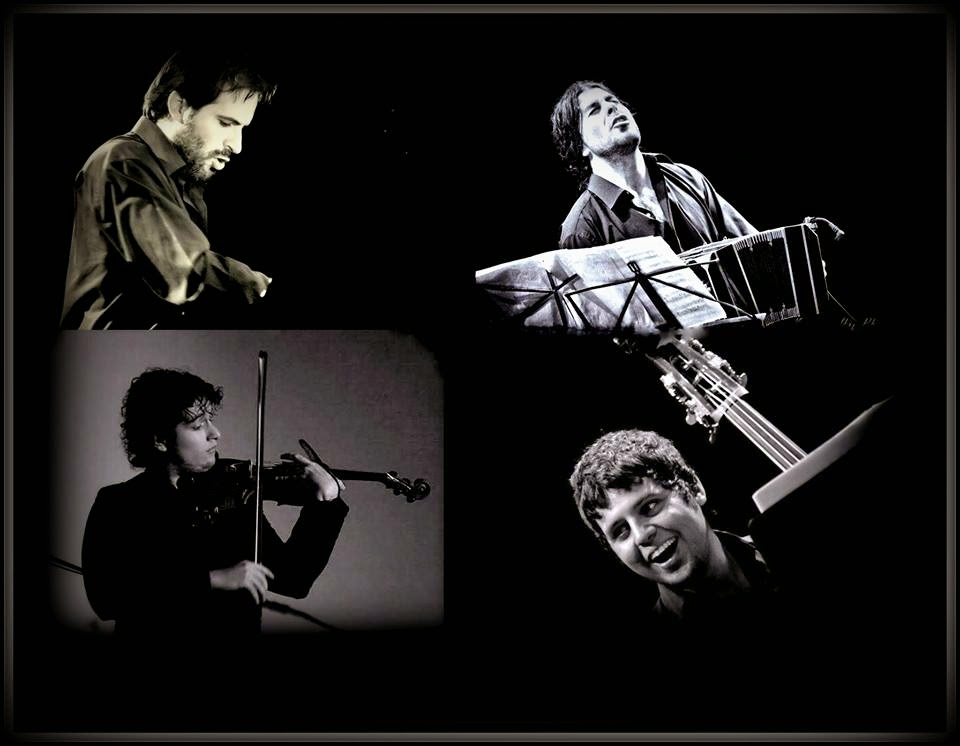